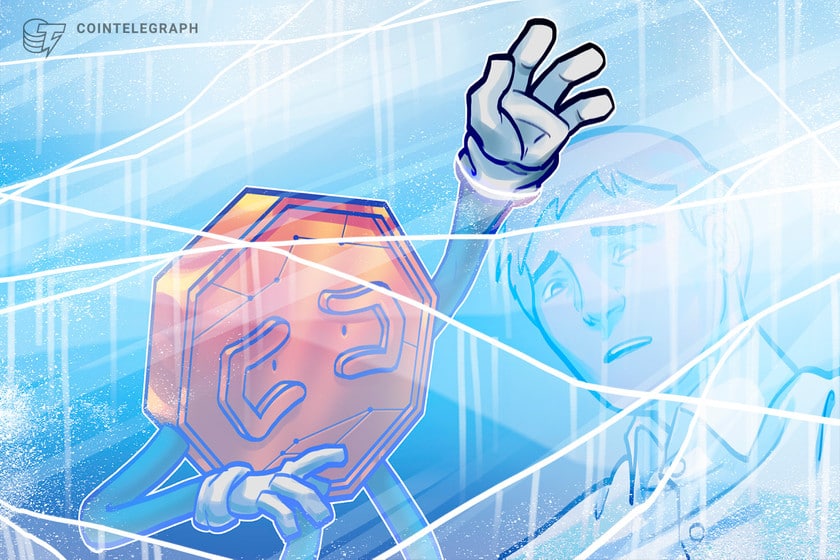 In recent months, four countries that had previously initiated major CBDC pilot programs have scrapped their adoption plans altogether. Over the last couple of years, numerous reports have surfaced regarding governments worldwide exploring the issuance of their very own central bank digital currency. In fact, to date, nine countries have rolled out an active CBDC […]

Over the last couple of years, numerous reports have surfaced regarding governments worldwide exploring the issuance of their very own central bank digital currency. In fact, to date, nine countries have rolled out an active CBDC offering. In this regard, China’s digital yuan witnessed widespread use during the 2022 Winter Olympics.

Other countries that have initiated similar projects include the Bahamas, the Marshall Islands and Nigeria. However, it is being reported that Nigeria’s eNaira has witnessed poor uptake so far, and the others have fared somewhat similarly. Moreover, India too has launched a pilot scheme for its digital rupee, while Mexico’s central bank recently confirmed the release of a digital peso within the coming year.

Despite the apparent enthusiasm, a growing chorus of voices in mainstream finance and among the world’s central banks have begun doubting the long-term efficacy and viability of CBDCs. For example, Tony Yates, former senior adviser to the Bank of England, recently exclaimed that the “huge undertaking” associated with digital currencies is not worth the costs and risks. He added that the recent rollouts of CBDCs have been quite suspect, especially considering that most countries globally already have digital versions of their existing cash streams, coins and notes. Yates said:

“Cryptocurrencies are such bad candidates for money. They don’t have money supplies managed by humans to generate steady paths for inflation and are hugely expensive and time consuming to use in transactions.”

Similarly, the East African nation of Tanzania announced in 2021 that it would roll out a CBDC, an action that has remained highly anticipated. However, it recently issued a statement noting that while it was still considering the introduction of a state-backed digital asset at some point, it would be taking a “phased, cautious and risk-based approach,” as it had encountered several challenges that could impact its implementation plans.

Skepticism toward CBDCs isn’t anything new

Kene Ezeji-Okoye, co-founder of Millicent Labs — a British government-backed distributed ledger firm helping the Bank of England with its CBDC trials — told Cointelegraph that skepticism toward CBDCs has been quite prevalent over the last couple of years, citing United States Federal Reserve Chair Jerome Powell’s 2020 speech where he said, “It’s more important for the United States to get it right than it is to be first.” That phrase still sums up the attitude of many central bankers today, especially those in more developed nations.

Similarly, in early 2022, the United Kingdom’s House of Lords Economic Affairs Committee questioned whether CBDCs are simply a “solution in search of a problem.” According to Ezeji-Okoye, the reason we may be hearing more officials speaking out about their hesitancy toward CBDCs today is that during bull runs, even the most staunchly traditional central bankers feel pressured to respond to exploding market capitalizations and rising hype around digital assets. However, when a bear market ensues, the critics seem to emerge en masse.

That may explain why 114 countries, representing over 95% of the global gross domestic product, are currently working on a CBDC. This is more than 3x the number doing so in mid-2020. Ezeji-Okoye added:

“Despite the publicly expressed opinions of certain officials, there is still a tremendous amount of work being done on CBDCs, 18 of the G20 countries are currently in the advanced stage of CBDC creation, and the Bank of England ended 2022 with a public procurement call for the development of a CBDC wallet.”

He believes that advances in regulation, along with the development of private solutions, could explain the reluctance of many governments to flock toward issuing a CBDC. “Although many remain skeptical about CBDCs, everyone also seems to be hedging their bets and working on them nevertheless,” Ezeji-Okoye noted.

While some experts seem to be quite positive in regard to CBDCs, not everyone is sold on them. For example, Gracy Chen, managing director at crypto derivative exchange Bitget, told Cointelegraph that many sovereign countries are unwilling to introduce CBDCs as a result of widespread concerns regarding their impact on the stability and integrity of their existing financial systems. She said:

“Recently, four countries — namely, Denmark, Japan, Ecuador and Finland — publicly revealed the cancellation of their CBDC adoption plans due to multiple factors, such as economic problems and challenges encountered in the development process. Therefore, the formulation and implementation of the policy on CBDCs should be viewed from a developmental perspective and integrated as such.”

Chen currently believes that the most common concerns regarding CBDCs include their potential to fundamentally change the global financial structure, as their launch greatly impacts the traditional commercial bank deposit-and-lending model. At the same time, interest-bearing CBDCs will divert a portion of users investing in low-risk assets.

CBDCs also require large-scale investment in capital, talent and technology. “The maintenance of data, systems and services requires long-term investments. Such costs are too high for some countries to bear,” Chen concluded.

Similarly, Clayton Mak, director of product management for blockchain technology company ParallelChain Lab, told Cointelegraph that the massive resources needed to integrate CBDCs into existing financial structures, the possibility of upending the flow of current systems, and their eventual outcome of pitting central banks against other financial players have led to their adoption being too hasty.

Varun Kumar, founder and CEO of decentralized crypto exchange Hashflow, told Cointelegraph that, in his opinion, CBDCs do not make sense given that most fiat currencies nowadays are already available in some digital form.

In his view, the introduction of CBDCs will complicate matters by changing the ratio between base money and M1 or M2 — i.e., money created by commercial banks and other financial institutions — while increasing the quantity of money that is a direct liability of the central bank relative to the rest of the money in circulation.

“If we get rid of physical cash completely, then central banks could basically manipulate interest rates and other economic variables in a very granular and effective way — which gives them massive leverage to perform surveillance and control — e.g., China’s national digital currency, Digital Currency Electronic Payment. There will be massive privacy and autonomy trade-offs where you take these things away from citizens,” he stated.

The argument for CBDCs

“Given the ongoing decline in cash usage, broad-based interest in digital assets, and persistent concerns about sovereignty and monetary stability, central banks appear highly motivated to continue exploring the potential of CBDCs.”

Similarly, Robert Quartly-Janeiro, chief strategy officer of cryptocurrency exchange Bitrue, believes that the introduction of CBDCs could revolutionize today’s existing monetary systems at a global level. However, in his view, central banks are arguably mindful of how that could impact economic competitiveness in a new digital economy.

While there are valid concerns around the impact on traditional banking systems, government control and the lack of a clear regulatory framework around how CBDCs can function alongside fiat, Henry Liu, CEO of digital asset trading platform BTSE, told Cointelegraph:

“As the technology and infrastructure for CBDCs continue to evolve, we may see more central banks becoming open to the idea of issuing a digital version of their currency. It’s important to keep in mind that this is still a relatively new area of research and experimentation, and it may take some time for central banks to fully understand the potential consequences and benefits.”

Can a middle ground be found?

According to Mak of ParallelChain Lab, nurturing a decentralized financial ecosystem that taps into permissionless and permissioned networks simultaneously is a feasible solution that could help spur the advancement of CBDCs.

In his view, a consortium network would not only help create greater transparency via immutable transactions but also mitigate issues related to transfer delays. Lastly, it could also prevent any clash of interest among financial players with CBDC implementations of their own.

Similarly, moving forward, Weiner believes that commercial banks will likely play a key role in large-scale CBDC rollouts, given their capabilities and knowledge of customer needs and habits, adding:

“Commercial banks have the deepest capabilities in client onboarding and the execution and recording of transactions, so it seems likely that the success of a CBDC model will depend on a public-private partnership between commercial and central banks.”

To this point, public-private partnerships enable central banks to leverage established infrastructure and client relationships, with such alliances helping central banks implement use cases aligned with end-user needs, complementing their gaps in capabilities and knowledge of consumption habits, particularly in retail scenarios.

By engaging commercial banks and other private stakeholders — i.e., technology enablers, merchants and users — in the launch process, central banks will also be able to foster a broader sense of ownership and manage fears of displacement effectively while increasing the probability of their successful adoption.

“Different countries will likely pursue CBDC models aligned with their specific goals, capabilities and stakeholders. The resulting multi-model environment will require global banks to clearly state their CBDC strategy — both globally and locally — and engage with central banks in other countries,” Weiner concluded.

With the current crypto winter, Millicent Labs’s Ezeji-Okoye believes that central banks aren’t necessarily concerned with the latest happenings within the digital asset industry. Despite this, positive developments surrounding the space have continued to emerge.

For example, the Bank of England’s new omnibus reserve account structure has opened the door to private DLT-based settlement systems that deliver nearly all the same benefits as a wholesale settlement system like the one offered by Fnality International (a firm that was issued a payment system recognition order by His Majesty’s Treasury). Similarly, India, one of the world’s largest economies, launched a live CBDC pilot just a few weeks ago.

Therefore, as more and more people continue to gravitate toward digital currencies, it will be interesting to see how the CBDC paradigm continues to evolve and mature.