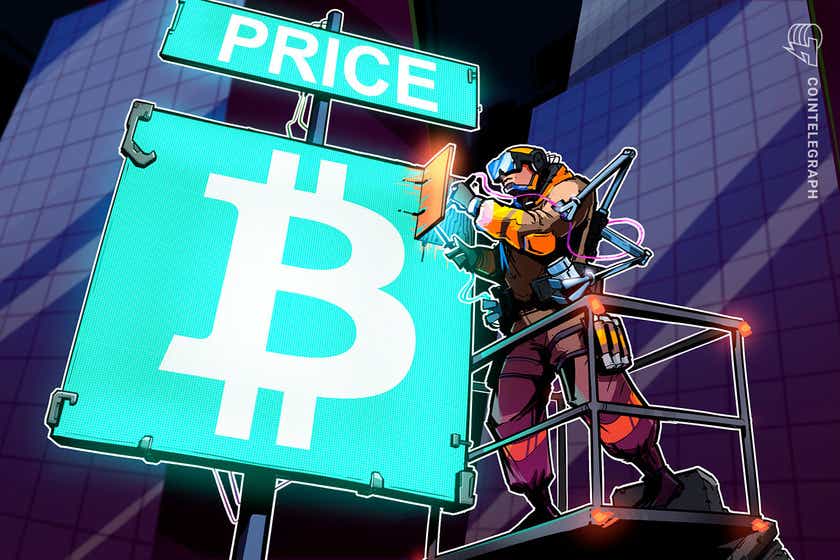 Bitcoin markets are getting slowly cleansed of irrational exuberance with a classic drawdown toward $60,000. Bitcoin (BTC) briefly dipped below $63,000 on Oct. 21 as a standard correction cooled the market. BTC/USD 1-hour candle chart (Bitstamp). Source: TradingView Bitcoin battles for new support at old peak Data from Cointelegraph Markets Pro and TradingView followed BTC/USD as […]

Bitcoin markets are getting slowly cleansed of irrational exuberance with a classic drawdown toward $60,000.

Bitcoin (BTC) briefly dipped below $63,000 on Oct. 21 as a standard correction cooled the market.

Data from Cointelegraph Markets Pro and TradingView followed BTC/USD as it came off all-time highs above $67,000 to hit lows of $62,860 on Bitstamp.

The roughly 6% drop from its peak came as little surprise to seasoned traders, despite Bitcoin so far failing to create solid support at the site of its previous all-time high of $64,900.

“Bitcoin is still undergoing this retest attempt,” popular trader Rekt Capital wrote in his latest update, suggesting that the old high could still flip to support.

Others took the chance to poke fun at the jittery mood on social media, where various users were getting cold feet observing the retracement.

Most of you will get liquidated on a 5% drop anyway so it won’t matter what happens after that.

The return to near $60,000, now the top of a large buy wall, meanwhile served to flush out excessive optimism on derivatives markets.

As Cointelegraph reported, funding rates had skyrocketed overnight but were slowly returning to more sustainable levels at the time of writing.

Altcoins presented a mixed but altogether more positive picture on the day.

After losing out broadly against BTC, major altcoins were spared a comedown of their own, with Ether (ETH) still above $4,000. Solana’s SOL has gained over 25% in the past two days.

Only Binance Coin (BNB) saw any noticeable downward movement, trading 4% lower over the past 24 hours.

“Total altcoin market cap close to taking out its September high (and ATH). Did not do that in 2017 until mid-Nov,” renowned analyst TechDev noted about the altcoin situation on Oct. 20.

“Could signal some serious alt runs sooner than expected. Will keep close eye. Ethereum ain’t playin around this cycle.”