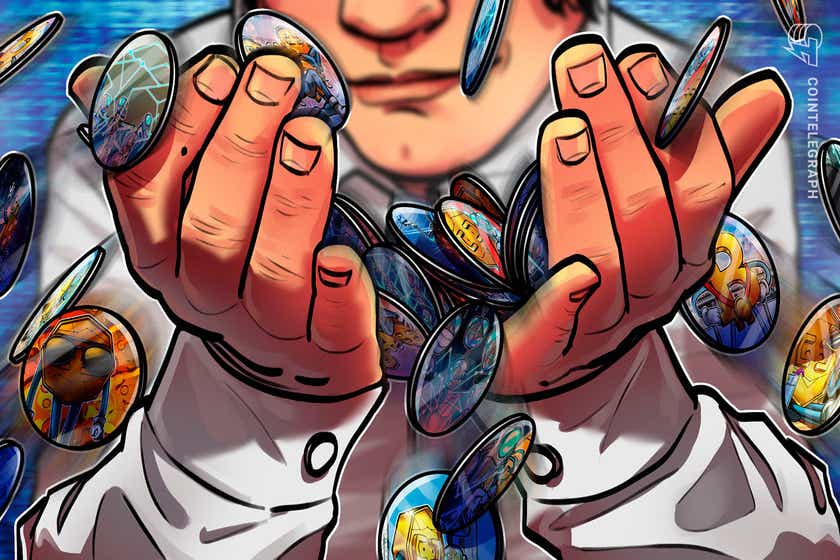 Participants piled $7 million into a dutch auction to win one of 50 Golden Tokens granting ownership to unminted NFTs from artist Tyler Hobbs.

Nonfungible token (NFT) investors have poured $7 million into a dutch auction that sold 50 tokens conferring ownership over digital artworks that will not be minted until December.

Tyler Hobbs, the artist behind the popular NFT series Fidenza, will launch 100 one-a-kind digital artworks in his latest collection Incomplete Control at the New York City-based Bright Moments gallery from Dec. 9 to Dec. 13.

On Oct. 22, Hobbs’ fans contributed 1,800 ETH (worth more than $7 million) in exchange for 50 of 100 “Golden Tokens” that grant its holder ownership rights to one of the artworks slated to be minted during the event. Each of the tokens features a number between one and 50 that corresponds to a specific artwork from the collection.

The Golden Tokens were sold via a dutch auction hosted by Mirror Protocol that lasted just 90 minutes. The tokens were initially priced at 500 ETH each, with the price scheduled to decline by non-linear intervals every 5 minutes until reaching a floor of 5 ETH. All 50 tokens were sold at prices of between 30 Ether (roughly $120,000) and 80 Ether ($320,000) each.

Nonfungible token (NFT) investors have piled $7 million into a dutch auction that sold 50 tokens allowing buyers to mint digital artworks they have not seen.

did a thing today

The remaining Golden Tokens will be randomly distributed to 50 of the wallets that currently hold artworks from Hobbs’ previous series Fidenza or the CryptoCitizens NFT project on Nov. 5. Individuals who receive the tokens will be entitled to purchase an Incomplete Control NFT at for 15 ETH a 50% discount compared to the auction’s final clearing price.

Hobbs describes his Incomplete Control series as exploring themes of imperfection, and how the digital sphere is able to transcend many of the imperfections present in the physical world. Hobbs’ website states:

“The forces of chaos and entropy give the natural world a certain warmth, and there are patterns and lessons there that we can use. I like to introduce these elements into the digital world, and Incomplete Control continues that work.”

Related: 17% of addresses snapped up 80% of all Ethereum NFTs since April

Hobbs’ previous NFT series Fidenza comprises a curated drop of 999 NFTs that comprise unique generative artworks created using the purchaser’s transaction hash as a data input. The collection was sold for more than 37,000 ETH (roughly $400,000) and is being showcased on the generative NFT platform, Art Blocks.

During September, Solana-based NFT project SolBlocks came under fire from Hobbs for using Fidenza’s open-sourced code to generate images for commercial purposes without Hobbs authorization. Hobbs has since rejected SolBlocks’ offer to share profits from their sales with him.