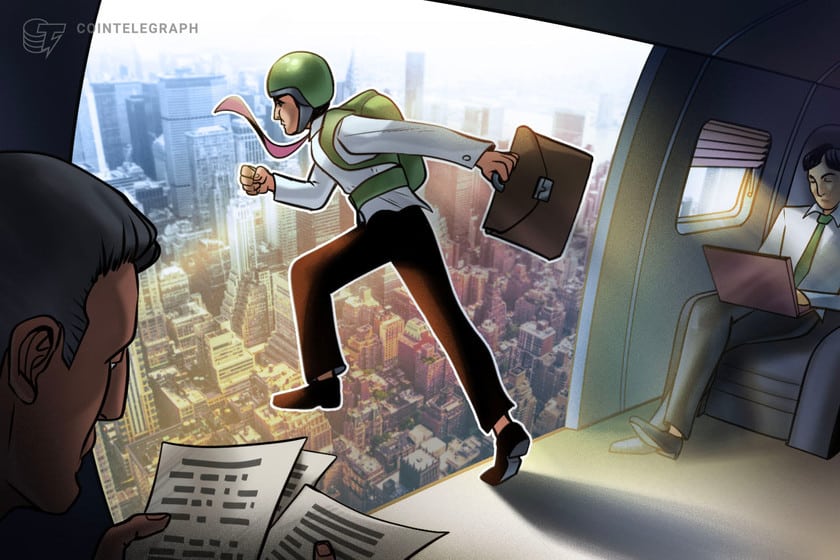 ConsenSys CEO Joseph Lubin confirmed the company would be cutting 96 of its staff to focus its resources on its core businesses. ConsenSys, the parent company behind MetaMask, is letting go of 11% of its workforce, with CEO Joseph Lubin blaming “uncertain market conditions” brought on by recent collapses. In a blog post from ConsenSys […]

ConsenSys CEO Joseph Lubin confirmed the company would be cutting 96 of its staff to focus its resources on its core businesses.

ConsenSys, the parent company behind MetaMask, is letting go of 11% of its workforce, with CEO Joseph Lubin blaming “uncertain market conditions” brought on by recent collapses.

In a blog post from ConsenSys CEO Joseph Lubin on Jan. 18, the blockchain firm CEO said “poorly behaved” centralized finance actors have cast a “broad pall on our ecosystem that we will all need to work through.”

Lubin said the decision will impact 96 employees and is part of plans to focus its resources on its core businesses.

Today we need to make the extremely difficult decision to streamline some of ConsenSys’ teams to adjust to challenging and uncertain market conditions.https://t.co/Svuk9yYj6J

Speaking to Cointelegraph a few days before the layoffs were officially announced — though after they had been widely reported — Lex Sokolin, the chief cryptoeconomics officer of ConsenSys, said that the industry was still far from mass adoption globally.

“We’re still in a place where this is emerging technology. It’s not entirely well understood by the whole public,” he said.

According to ConsenSys, over 30 million users each month during the last bull run were using MetaMask to access DeFi protocols, mint and trade nonfungible tokens (NFTs) and participate in decentralized autonomous organizations (DAOs). While promising, that’s a drop in the ocean globally.

“MetaMask has 30 million monthly users and in Web3, there are maybe 500 million addresses,” Sokolin said. “But that’s not five billion people.”

Asked when crypto will see mainstream adoption, Sokolin said it was all about having enough compelling use cases for crypto, as well as a thriving ecosystem to support it.

He also rejected the idea that it will come as a result of better user experience and clearer regulations.

“They’re not the things that people say [such as] ‘when is UI going to be better’, or ‘when is regulation going to make it better.’ Those are important, but […] they’re not the catalyst,” said Sokolin, adding:

“The catalyst of things is, one: Is there going to be enough stuff to buy on Web3 that I want to own?”

“If I live in Web3 and my avatar and my social media and my data and my status as a person, prestige, community belonging […] is tied to me owning digital objects […] you’re gonna inevitably get to a place where everyone wants to be doing commercial transactions in Web3.”

“So for me, economic adoption is the most important thing. Because it’s going to pull the rest of it into the ecosystem.”

Related: Crypto adoption in 2022: What events moved the industry forward?

In his latest post, Lubin said the company will be focused on streaming its workforce and focusing its business on core value drivers, including end-user custody solution MetaMask, developer platform Infura, and “new offerings” that grow Web3 commerce and DAO communities.