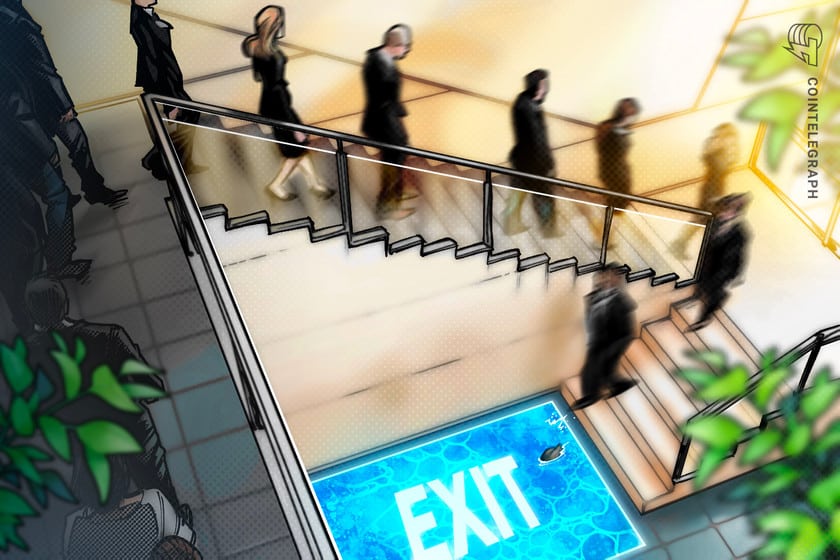 DCG companies have laid off over 500 employees as contagion spreads

Cryptocurrency exchange Luno fired 330 employees on Jan. 25, joining other DCG companies in cutting headcounts. Hundreds of people have lost their jobs at companies owned by crypto venture capital firm Digital Currency Group (DCG), as the long crypto winter, made colder by the FTX collapse, continues to affect the sector.  Amid the recent layoffs, […]

Hundreds of people have lost their jobs at companies owned by crypto venture capital firm Digital Currency Group (DCG), as the long crypto winter, made colder by the FTX collapse, continues to affect the sector.

Amid the recent layoffs, London-based cryptocurrency exchange Luno announced on Jan. 25 a reduction of 35% in its workforce, letting go of nearly 330 professionals as a result of turbulence in the tech and crypto industries, which affected the firm’s overall growth and revenue numbers.

Luno was part of DCG’s portfolio, alongside HQ Digital, an asset management subsidiary incubated by DCG since 2020 that managed $3.5 billion in assets as of December 2022. HQ’s operations were shuttered in January 2023, affecting at least 26 employees, according to its LinkedIn profile. In a letter to shareholders on Jan. 10, DCG CEO Barry Silbert noted that “while we still believe in the HQ concept and its outstanding leadership team, the current downturn is not conducive for the near-term sustainability of that business.”

The current downturn cited by Silbert also affected DCG employees. The company downsized by nearly 13% at the start of the year, cutting 66 jobs. The crypto conglomerate said it was looking to revamp its finances and promote several senior executives as part of a restructuring process.

Another 115 jobs were axed by DCG’s Genesis subsidiaries. On Jan. 5, Genesis Global Trading announced it was cutting 30% of its team, or 63 employees, less than six months after disclosing plans to trim 20% of its staff, or 52 employees, in August.

The liquidity crisis at Digital Currency Group has sparked fears of upcoming crypto company crashes and their contagious effects on traditional finance. While the industry was experiencing a bull market in November 2021, DCG’s valuation topped $10 billion with the sale of its shares to SoftBank, Alphabet’s CapitalG, and Ribbit Capital. A year later, the company was seeking to raise $500 to fund its portfolio amid liquidity issues.

“We’ve been aggressively cutting costs over the last few months in reaction to the current state of the market, which has included cutting operating expenses, and regrettably, reducing the DCG workforce,” Silbert explained to DCG’s shareholders.