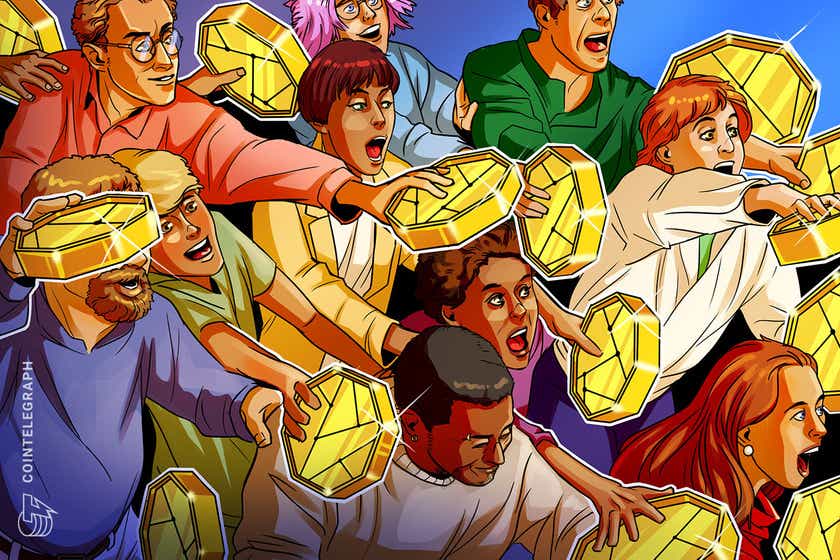 The international crypto exchange also gave every spectator a T-shirt linked to an exclusive Opening Night FTX Arena NFT. Major cryptocurrency exchange FTX has given $500 in crypto to every spectator sitting in one section of the FTX Arena at Thursday’s Miami Heat season opener game against the Milwaukee Bucks.  As well as the crypto […]

Major cryptocurrency exchange FTX has given $500 in crypto to every spectator sitting in one section of the FTX Arena at Thursday’s Miami Heat season opener game against the Milwaukee Bucks.

As well as the crypto giveaway, every fan in the stadium received a T-shirt with a QR code giving access to an exclusive ‘Opening Night FTX Arena NFT’.

All @MiamiHEAT fans in attendance at tonight’s game will receive a free “You In, Miami?” t-shirt!

By scanning the QR code on the back, they’ll unlock this free, limited edition FTX Arena NFT.

Fans will no doubt be wondering if the free crypto giveaway will become a regular occurrence at Miami Heat games, with totally unconfirmed social media speculation that a different section may be given crypto each game to ramp up excitement.

Messari founder Ryan Selkis did some back of the envelope math and determined that with 21,000 spectators in the arena, and 80 seating sections, the giveaway would cost around $150,000 — which is pretty good bang for buck given the stunt went down welliral on social media.

2) at 80 sections this promo works out to about $150k on top of the mammoth arena naming rights spend.

agreed this will be the most fun crypto marketing campaign to watch. https://t.co/YjWJkXOO0S

In April, FTX paid up $135 million to rename the Miami Heat NBA arena FTX Arena for the next 19 years — a bold move considering the company is only two years old.

“Don’t sleep on how powerful this sponsorship will be,” wrote podcaster Anthony Pompliano.

Udonis Haslem, 3-time NBA Champion Miami Heat legend was also announced as ambassador for FTX’s “You In, Miami?” campaign at the game. FTX says it plans to work closely with Haslem to promote crypto within the greater Miami area.

“I’m excited to share my community with FTX and work alongside them to increase awareness of cryptocurrency,” said Haslem.

FTX has arrived in the 305, just in-time for @MiamiHEAT basketball.

We’re partnering with the Captain himself, @thisisUD, to further our support of crypto education and community impact.

The promotional blitzkrieg is the most recent installment in FTX’s ongoing campaign  to target sports fans as a way to bring in more mainstream consumers.

In May FTX’s price index app Blockfolio signed an endorsement deal with top NFL draft pick Trevor Lawrence. It also recently signed a $210 million deal to sponsor eSports team TSM, changing the team’s name to TSM FTX for the next 10 years, and it has been a sponsor of major league baseball since June.