How ‘World of Women’ Became a Celebrity NFT Phenom

It’s an open secret that women are under-represented in the world of crypto. Which helps explain why the newest non-fungible token (NFT) collectibles mega-hit, World of Women, is such a welcome jolt of energy for the space. “The mission of my art was always to showcase women, and put them in the spotlight, and bring […]

It’s an open secret that women are under-represented in the world of crypto. Which helps explain why the newest non-fungible token (NFT) collectibles mega-hit, World of Women, is such a welcome jolt of energy for the space. “The mission of my art was always to showcase women, and put them in the spotlight, and bring more diversity into the space,” says Yam Karkai, who launched the NFTs with her partner Raphael Malavieille.

The duo launched the collection on July 27… and it sold out overnight. Its many fans include internet entrepreneur Gary Vaynerchuk, prominent NFT collector Pransky, and YouTuber Logan Paul, who publicly offered to gift Reese Witherspoon a World of Women that looks like the actress.

Jeff Wilser is the author of seven books including “Alexander Hamilton’s Guide to Life,” “The Book of Joe: The Life, Wit, and (Sometimes Accidental) Wisdom of Joe Biden” and an Amazon Best Book of the Month in both non-fiction and humor.

Karkai and Malavieille are not crypto-insiders. They don’t have a history in the space. In something of a meet-cute, the real-life couple met in Paris five years ago, where Karkai was studying acting. (Her pre-NFT life includes theater, scriptwriting and digital illustration.) When NFT collections blew up, they realized this could be a way to more widely distribute Karkai’s art. They worked as a team. Karkai drew and created, Malavieille (with a background in project management) focused on the operations.

The results? Now the floor price of World of Women is 1.5 ETH, or roughly $5,100, meaning that the combined value of the project (10,000 NFTs) is at least $51 million. Karkai and Malavieille share how they launched the collection, the steps they took to promote inclusivity, and what it’s like to suddenly become crypto phenoms.

CoinDesk: So how’d this get started?

Yam Karkai: Well, I felt like I was not reaching a broad enough audience with my 1 / 1 art, in my opinion, for the message and the change that I want to see in this space. So why not do a collectible project that’s women instead of apes, or pandas, or bears? Because women are beautiful, and they’re important, and they’re relevant.

What are some of the reactions you’ve seen?

Karkai: Women telling me, “I’m a woman of color. I’m from Kenya or I’m from India. And it’s the first time there is an avatar that looks like me, and that I feel like could be me or anyone in my family.”

I’m guessing that when you launched, it was very important to be inclusive. Can you talk about that?

Karkai: So, creating the base woman that would be able to be any ethnicity, or any type of person, was extremely important to me. There were a lot of sketches, and a lot of trial and error. But I finally designed a woman that has a round face, so she could be skinny or she could be plus-size; we don’t know because it’s a bust portrait, and we don’t know what the body looks like.

And I also worked to create a shape of eyes that could pass as potentially Asian, or European, or African, etc.

How about skin tones?

Karkai: I was inspired by Fenty Beauty, Rihanna’s makeup line. She has the most diverse skin tone range ever, like in the history of makeup. And I named them respectfully because I saw some projects naming their skin tones black, yellow, and white, and for me that was incredibly disrespectful.

What other cultural sensitivities did you consider?

Karkai: First of all, no religious references. I’m half Middle Eastern, so I really wanted to have a Nazar necklace – the evil eye necklace. But I told myself, no, I’m not going to do that, because if I start putting in stuff from my culture, I’ll need to include everyone else’s, and it’s going to be impossible to please everybody. So no religious things, no political references, and nothing that could be mistaken as disrespectful.

Raphael Malavieille: And then there was the concern for cultural appropriation…

Karkai: For example, when I was drawing hairstyles, Raph came by and he was like, “Hey, why don’t you do a big afro hair?” But I didn’t want to do that because this is a generative project [10,000 unique combinations are generated from the “base assets” that Karkai draws], after all, and if a white girl with blue eyes ends up with an afro, it’s going to look like she’s dressing up as an African-American woman. And that is literal cultural appropriation. That’s the same reason why I didn’t do African braids, or I didn’t include a Muslim veil.

Your social media accounts have exploded. What’s your secret for the crazy fast growth?

Malavieille: While Yam was actually doing the art, I was researching the space. I looked at all the projects that were higher quality, like The Wicked Craniums, or the Bulls on The Block, or the Deadheads. I looked at all of those that would sell out very fast, and have a lot of hype at the time of launching.

And then I was like, okay, this is the methodology, this is what they do. And mostly what works well is to do a giveaway. So we bought from those other projects, we bought some assets, and we used them for giveaways to bring their community to see our project.

Read More: How NFTs Became Art, and Everything Became an NFT | Jeff Wilser

Smart. You guys are both so new to the space. What are your friends’ reactions?

Karkai: When we tell our friends what’s going on in this space and what we’re doing, half of them are like, “Wow, that’s amazing. That’s crazy.” The other half are like, “I don’t get this. What is this s**t? What are you talking about? How is that even possible? Can I do the same thing? Can I like be rich tomorrow if I sell something?” 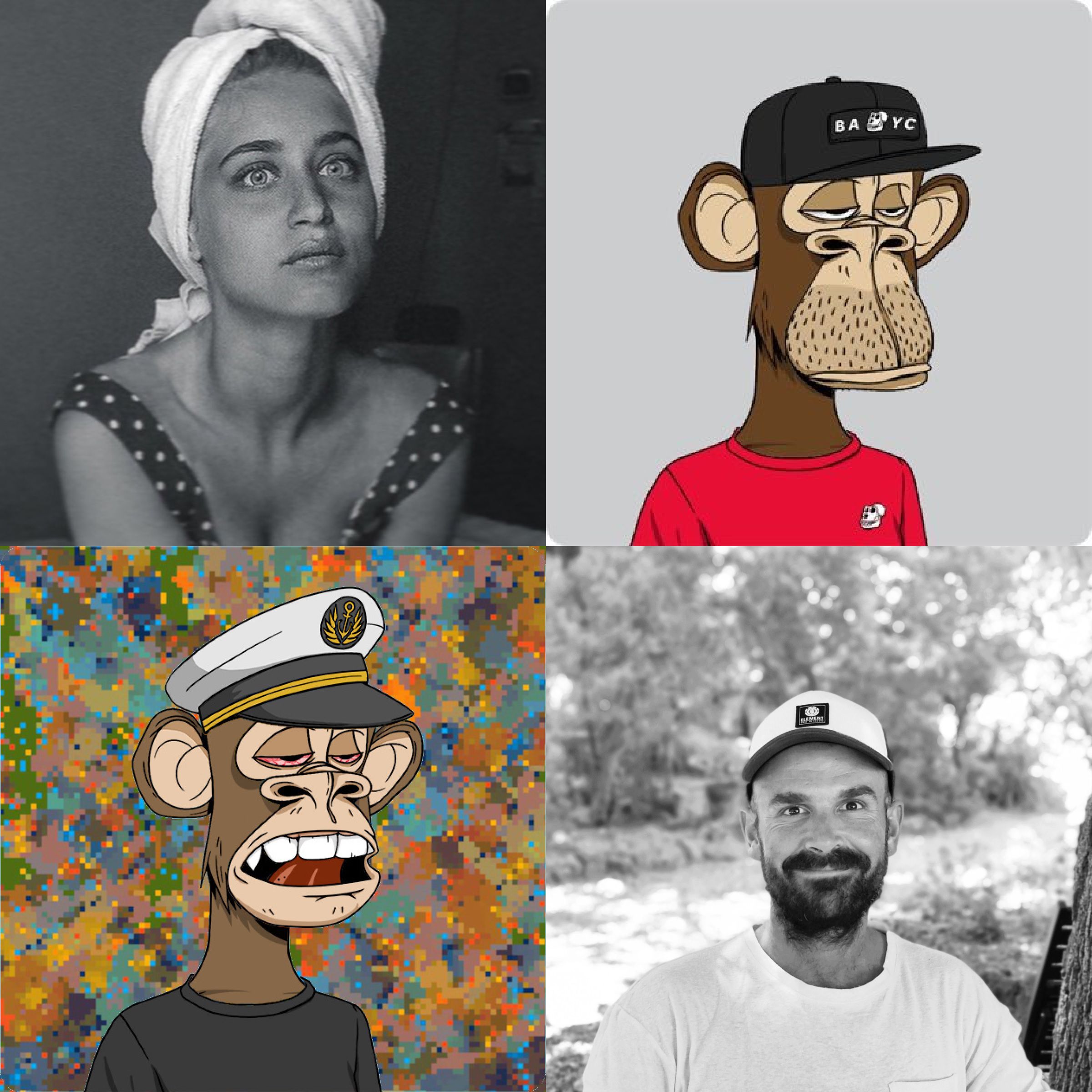 How has it felt to see your collection reach so many people, and to be embraced the way it has?

Karkai: At the beginning I was nervous, but when I saw that people were reacting the way I dreamed they would react, it felt really, really good, and it felt like it was making a difference. Every day, I still get messages from people thanking me for the project and saying that they believe in it so much.

And the community we’ve built is full of positivity, and with people honestly believing that this is the change that the space needs. So, for me, that is extremely rewarding. It’s all I ever wanted really.

Malavieille: Yeah. And it’s definitely a reason we can’t and don’t take holidays.