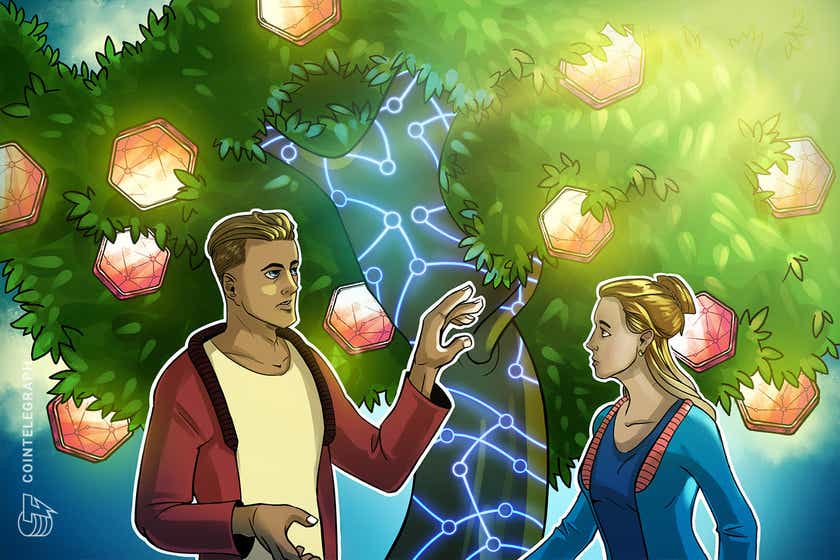 NFTs for freedom: Nonfungible tokens and the right to self-determination

With a rise in distributed political discourse, nonfungible tokens can provide exciting new opportunities for self-governance. It seems that everyone — from corporate behemoths like Visa and Anheuser-Busch to socialite Paris Hilton and NBA legends Michael Jordan and Kevin Durant — has recognized the growing importance of nonfungible tokens (NFTs) for the 21st-century economy. World-renowned […]

With a rise in distributed political discourse, nonfungible tokens can provide exciting new opportunities for self-governance.

It seems that everyone — from corporate behemoths like Visa and Anheuser-Busch to socialite Paris Hilton and NBA legends Michael Jordan and Kevin Durant — has recognized the growing importance of nonfungible tokens (NFTs) for the 21st-century economy.

World-renowned artists, athletes and musicians have been cashing in on the craze, lending legitimacy to this new use of technology that allows for ownership of a wide array of digital assets. But the true test of this innovation will not be how it helps the wealthy perpetuate their positions of power, but rather how NFTs can promote human rights and other public goods.

The right to self-determination

Let us start with the most misunderstood international human right — the right of self-determination. It was the underlying principle behind United States President Woodrow Wilson’s Fourteen Points at the end of the First World War, featured in 1945’s Charter of the United Nations and incorporated into the United Nations’ International Bill of Human Rights.

And while self-determination provides all “peoples” with the right to “freely determine their political status and freely pursue their economic, social, and cultural development,” its exercise was reserved for national liberation movements to become fully independent states after long decolonization battles. No one else needed to apply. But now with nonfungible tokens, the right of self-determination may be more fully realized, outside the context of statehood.

Voting rights, including access to, and confidence in, the electoral process could be facilitated by nonfungible tokens, making them more accessible and strengthening the democratic process. It is not far-fetched to imagine a political world in which civil rights are replaced by membership rights embedded in smart contracts. An NFT holder could vote on proposals in the greater community of other NFT holders, and see the changes get enacted in real-time via smart contracts. Voting on the blockchain could solve a litany of current real-world problems, most notably fraud or access to the election polling stations.

There are innumerable ways in which NFTs can facilitate the pursuit of economic, political and social agendas. In such a system, states would no longer be the sole adjudicator of disputes, the arbiter of property rights or the enforcer of contracts. Smart contracts on the blockchain can do all that. We could develop a new system wherein individuals or political groups (whose membership is represented by NFTs) vote on mechanisms to distribute goods and services more effectively instead of being undertaken by beleaguered, inefficient or traditional bureaucracies. Goodbye politics as usual.

After all, we all do not have to vote in lockstep if we are registered Democrats, Republicans or Independents. We might support gun rights, but might also be open to choice concerning abortion and vaccines. An individual could easily show support for a variety of causes simply by having control of whichever underlying NFT coincides with group membership. With this change, we can have many more ways to define “self” outside of our nation or even traditional identity politics. We can opt-in to be part of other communities rather than attorn to the jurisdiction and predilections of our pre-assigned cultural, economic, faith-based, social or political groups.

As such, self-determination does not have to revolve around statehood. This is quite an advance when one reflects on the litany of failed secessionist projects after the Second World War when renegade provinces attempted to further exercise the right of self-determination. The disastrous civil wars that attended the dissolution of the former Soviet Socialist Republic of Yugoslavia (1990s), Katanga (1962) and Biafra (1967) are cases in point.

In the latter example, the leaders of Biafra wanted that territory to be its own country, separate from Nigeria. Much of Africa had only recently decolonized so further secessionist movements were deemed threats to the continent’s political stability. Only a handful of African states recognized Biafran independence, a movement that was doomed to failure. An estimated half a million to two million people died of starvation in the civil war during that ill-fated exercise of self-determination: Never had the fight to defend human rights gone so wrong.

Biafra did, however, produce its currency. But money supply is only one area of the state’s responsibility as sovereign. The public goods a state should supply may also include public health, citizen safety, utilities, a clean environment, potable drinking water and even basic foodstuffs.

As the tulip-mania of NFTs shows no sign of waning, let us find ways to leverage this craze to better develop the mechanisms by which we govern ourselves and distribute public goods. Michael Jordan, Tom Brady, Paris Hilton and multinational companies already have enough power and fame.

This article was co-authored by James Cooper and Peter Grazul.