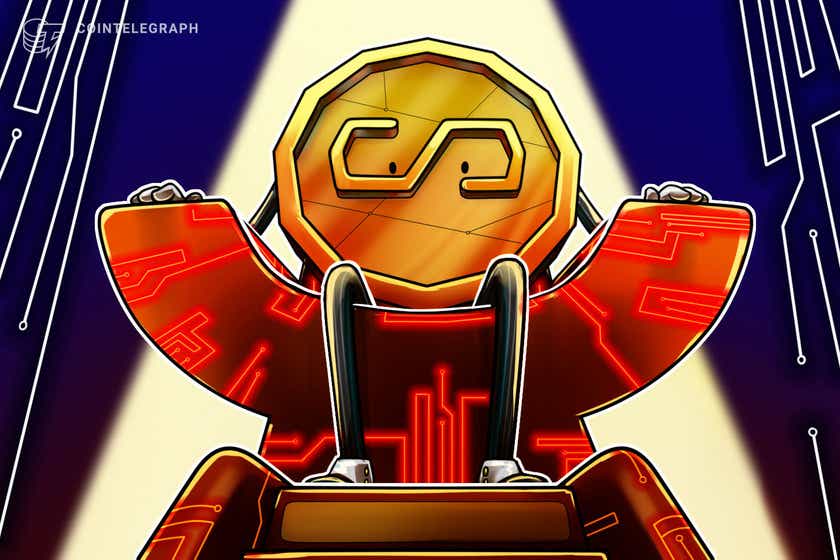 A developer working on DeFi darling OlympusDAO has launched a new protocol that seeks to facilitate stablecoin swaps without price curves.

On Oct. 26, OlympusDAO developer “Ohmzeus” announced they had launched an experimental project dubbed Range comprising decentralized stablecoin pools that do not use a price curve. The programmer described Range as an “optimistic stablecoin swap protocol” designed to “abandon a pricing curve altogether.”

(Note: Range is unaudited. Use at your own risk with money you can afford to lose.)

Let’s run through what it does

The protocol uses “Range Pools,” which assume both of the tokens in a pool are worth an equal value. There are currently six live pools for DAI, LUSD, FRAX, USDC, USDT, and MIM, though the developer has emphasized that they are unaudited and users should not deposit more than they can afford to lose.

On Discord, they noted deposits to the USDC/USDT pool have been suspended due to a decimal place error.

Tokens trade within a pre-defined range in the protocol. In the example of a Range 20/70 pool in which DAI is one of the pairings, Ohmzeus stated that as the range for the stablecoin in the first pool is set to 20% to 70%, DAI must comprise at least 20% of the pool and not exceed 70% — with any attempted trade outside of those limits being rejected.

The protocol’s maintenance of price parity between stablecoins appears to offer arbitrage opportunities to users as stablecoins rarely trade at exactly equal value on centralized trading venues and decentralized exchanges.

“My expectation is that (at least early on) the pool swings from range extreme to range extreme as the pooled tokens fluctuate around peg. This should produce heavy fee volume from arbitrage.”

Ohmzeus suggests that Range could be used to mobilize stablecoin reserves held by Decentralized Autonomous Organizations (DAOs), noting the protocol enables OlympusDAO to “productively deploy its reserves in an isolated environment where its exposure to different assets is defined and controlled.”