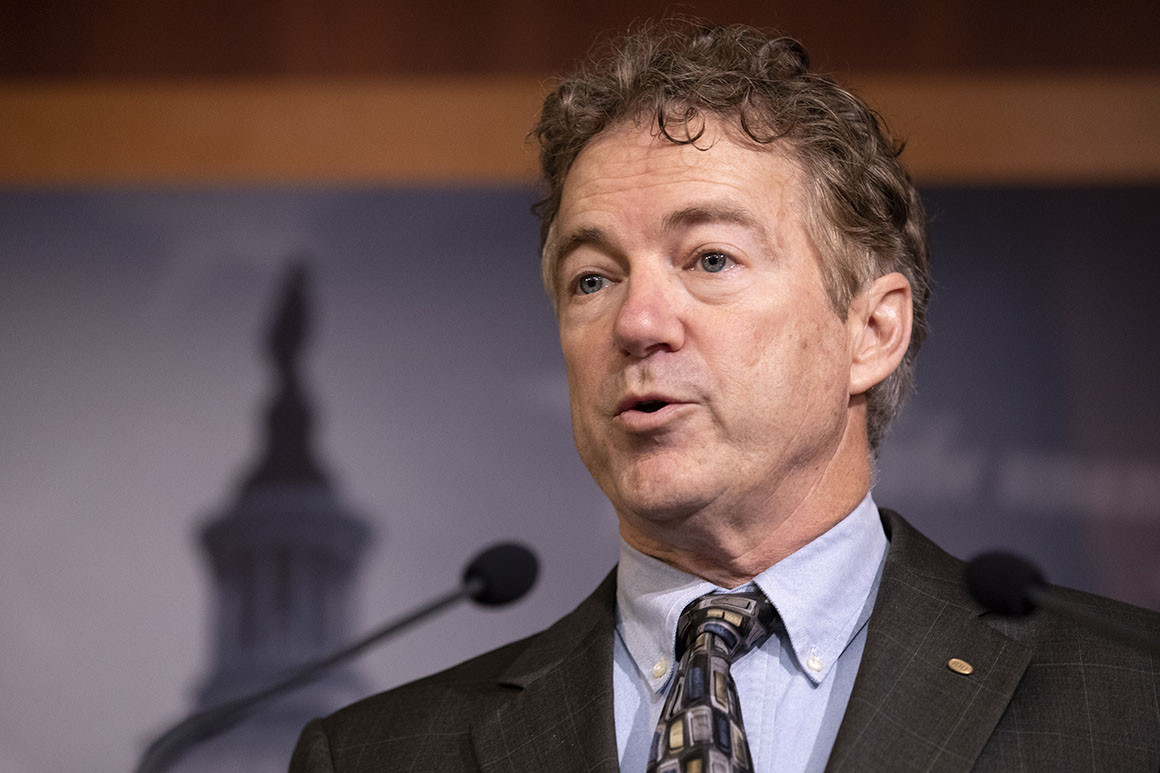 Yet another government official is waking up to Bitcoin’s significance beyond its role as an asset. Rand Paul – Republican senator and well-known libertarian – recently questioned whether “cryptocurrency” could become the world reserve currency. As Bitcoin gains traction and legitimacy around the world, this reality grows ever-more plausible. Weakening Trust in Government Money Rand […]

Yet another government official is waking up to Bitcoin’s significance beyond its role as an asset. Rand Paul – Republican senator and well-known libertarian – recently questioned whether “cryptocurrency” could become the world reserve currency. As Bitcoin gains traction and legitimacy around the world, this reality grows ever-more plausible.

Rand Paul aired his thoughts in an interview with Axios on Friday. The senator surmised that as trust in government decreases, “cryptocurrency” could “actually become the reserve currency of the world”.

The senator has been aware of cryptocurrency – particularly bitcoin – since 2015. He accepted bitcoin donations during his electoral campaign after it legalized such contributions a year prior. More recently, Paul said that cryptocurrencies have become more significant than he ever expected them to be.

“I’ve been amazed at the growth of it,” said Paul, “and I’ve always been, you know, more a person who believed that our currency should be backed by something of real value like gold or silver or commodities, and always was wondering, well, crypto is not backed by anything either.”

Paul’s views on the matter have changed since then. Now, he sees that government currencies are as unreliable as anything else. This is because they, like cryptocurrencies, are not “backed” by a physical commodity. Incidentally, the dollar happens to be the most stable currency among many unstable ones across the globe. Therefore, it serves as the world reserve.

When asked about the commonly cited concern of illegal payments made in crypto, Paul provided a usual libertarian counterpoint.

““I guess I’m more concerned with the government snooping into our private bank accounts, whether it’s cryptocurrency or your bank account.”

Recently, the US treasury proposed to track all bank accounts with over $600 of inflows or outflows. However, it was amended after severe pushback, including from the Bitcoin community.

Though many cryptocurrencies also have unclear and unstable monetary policies, the Bitcoin supply will forever be capped at 21 million coins. Furthermore, though not all of those Bitcoin are mined yet, they enter circulation on a fixed, predictable, and regular issuance schedule.

This artificial scarcity means that physical commodities like gold need not back Bitcoin to retain value. Many investors now view bitcoin superior to gold as a monetary good.

Recognizing the dollar’s relative decline, senator Cynthia Lummis recently thanked god that Bitcoin exists as an alternative. Like Paul, she admires how any irresponsible government does not control its issuance.