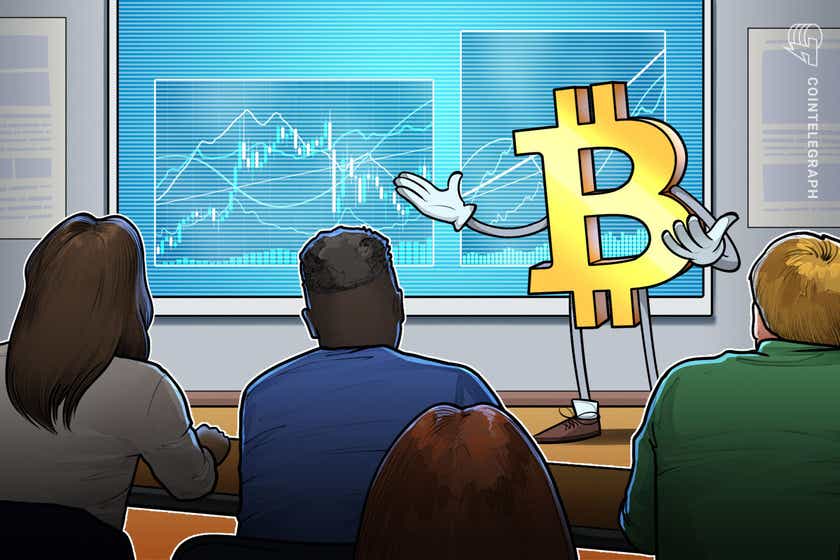 It could still go either way for bulls in the run-up to what could still turn out to be the highest weekly close on record. Bitcoin (BTC) is lining up a crucial weekly support test on Oct. 23 after impulsive sellers moved large amounts of BTC to major exchange Binance. BTC/USD 1-hour candle chart (Bitstamp). […]

It could still go either way for bulls in the run-up to what could still turn out to be the highest weekly close on record.

BTC/USD is keeping traders nervous into Saturday, data from Cointelegraph Markets Pro and TradingView shows, deciding on the fate of $60,000 support.

The level had proven the first major area of buyer interest overnight after old all-time highs at $64,900 failed to prop up the market.

While analysts remain bullish on longer timeframes, the comedown is creating an interesting close to the current weekly candle.

This week, $BTC may be dipping towards the same area but this time to turn it into a support

For Cointelegraph contributor Michaël van de Poppe, however, called the correction “fine” and maintained his prognosis of a macro price top of as much as $300,000.

Elsewhere, a popular theory revolves around a structured flushing out of overleveraged traders, these having pushed up funding rates to classic unsustainable levels during the run to $67,100 all-time highs.

roughly 1.25 trillion dollars were injected into the market in a span of exactly 3 months, ahead of the ETF approval. now you tell me that some big pockets didn’t have this info way before you could guess.

While exchange balances broadly continue to trend lower, meanwhile, Binance has seen a dramatic uptick in its reserves in recent days.

According to data from statistics resource Bybt, these increased by over 50,000 BTC to near 400,000 BTC as of Friday.

Exchange reserve upticks tend to signify a desire to sell or have BTC available to sell at short notice.