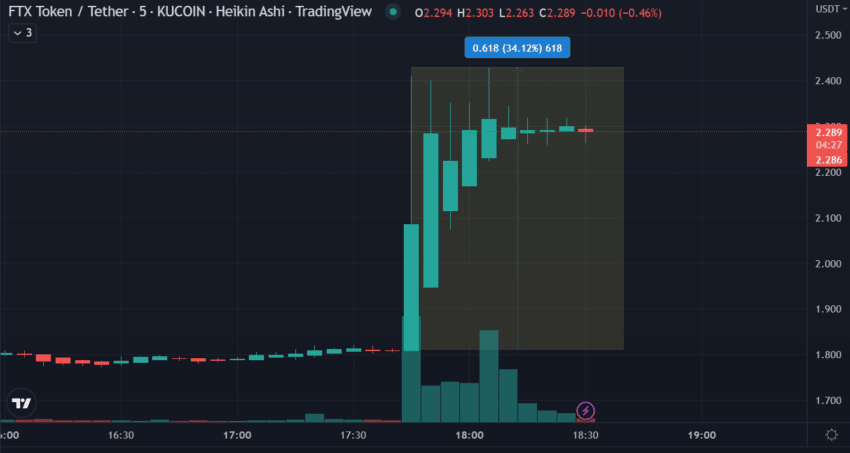 Could FTX Rise From the Grave? The New FTX CEO Believes So

New FTX CEO John J. Ray III has stated that there could be a possibility of the bankruptcy exchange reopening.

In a recent interview, Mr. Ray stated that the possibility of reopening the exchange is not off the table completely. The CEO who has stepped in for former CEO, Sam Bankman-Fried, believes the move to reopen FTX would offer more value to customers as opposed to simply liquidating assets and closing or selling the platform.

Commenting further on the possibility of reviving the international exchange, Ray stated: “There are stakeholders we’re working with who’ve identified what they see is a viable business.”

New FTX CEO to the Rescue

John J. Ray III was brought into the company to determine what value could be saved from the company, following its tumultuous collapse last year. Mr. Ray brought a wealth of experience, having previously worked on the defunct Enron.

Ray has since managed to claw back large chunks of capital in order to assist FTX in making users as a whole as possible. Most recently, the firm discovered $5 billion in assets. Offering customers a glimpse of hope following FTX’s recent Chapter 11 bankruptcy Filing.

The restructuring and clawback on assets have been extremely difficult. Mr. Ray admitted the former FTX CEO and his team went on a spending spree, splurging funds on investments and other companies, with very few paper trails to track. “Sometimes there were no purchase agreements, or the agreements weren’t signed,” he stated.

Following the recent comments from the new FTX CEO, the FTX Native token (FTT) saw a 30% surge in price. Sentiment appears to have swiftly turned positive for FTX customers who have lost all their holding on the exchange.

while nothing has been confirmed, the idea of FTX possibly rebooting looks to have boosted the price of FTT dramatically. The nearly 35% spike in price saw the price hit $3. Hitting a two-month high following the exchanges collapse that saw FTT drop to a low of $0.80.

The post Could FTX Rise From the Grave? The New FTX CEO Believes So appeared first on BeInCrypto.