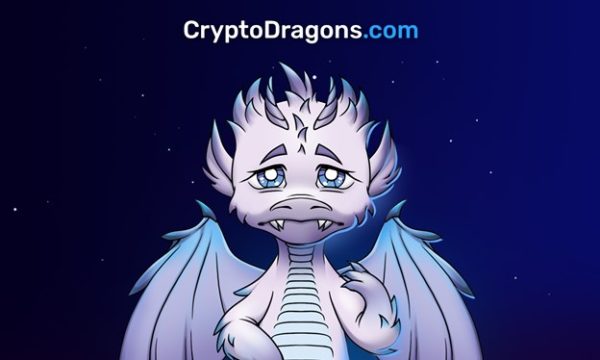 CryptoDragons is a newly created Metaverse on the Ethereum blockchain, consisting of 9 interconnected smart contracts that are interconnected with each other through the logic of NFTs creation (ERC-721 standard) and the functionality they are used for. The new distinctive NFT project with breedable and collectible NFT dragons introduces the first blockchain DNA, battling Arena […]

CryptoDragons is a newly created Metaverse on the Ethereum blockchain, consisting of 9 interconnected smart contracts that are interconnected with each other through the logic of NFTs creation (ERC-721 standard) and the functionality they are used for.

It’s a full-fledged Ethereum-based expanding Metaverse that will burst out from a limited collection of  10,000 Eggs. Out of these Eggs, three – Common, Epic, and Legendary types of dragons will hatch to lay the foundation of an entire NFT dragon Metaverse. The fourth Rare class will be the result of breeding.

Each Egg can be hatched only once, after hatching the Egg NFTs a dragon NFT will be minted, again, there is only one shot for it. Newly hatched dragons will breed to give offspring and enrich the CryptoDragons world with the billions of possible one-of-a-kind dragons.

All CryptoDragons are classified for a reason as the first implemented blockchain DNA will determine the NFT dragon appearance and other qualities.

Overall, the newly bred dragons will be formed out of 12,000 attributes, 25 basic genes, and  16 variations for each basic gene. Moreover, each variation of 25 basic genes has 30 color shade combinations, and the special built-in algorithm will select and overlay those shades depending on the genome combination that will come out of breeding. Seems CryptoDragons is genuine with cutting-edge tech and outstanding digital art mixed in one bottle.

The Legendary dragons, with a complete 25 gene collection are destined to generate earnings: the platform will constantly share 50% from breedings with those who possess the valuable Legendary NFTs. Legendary dragon owners will earn just by keeping their NFTs.

CryptoDragons’ battling Arena is another distinctive innovation implemented on the platform. Complete blockchain developed and run Arena is the place where dragon masters compete with their dragons’ “strength”. The winners take the rival’s NFT dragon or ETH and the blockchain excludes the possibility of fraud and cheating behavior.

As part of the project, a fully functioning Marketplace is also implemented where dragons of different classes will be sold or rented for breeding. All CryptoDragons’ NFTs can be a subject of trading on secondary marketplaces as well.

The CryptoDragons team is also planning to create a full-functioning wallet on iOS and Android where the dragon collection will be stored and transactions on ETH regarding dragons will be performed.