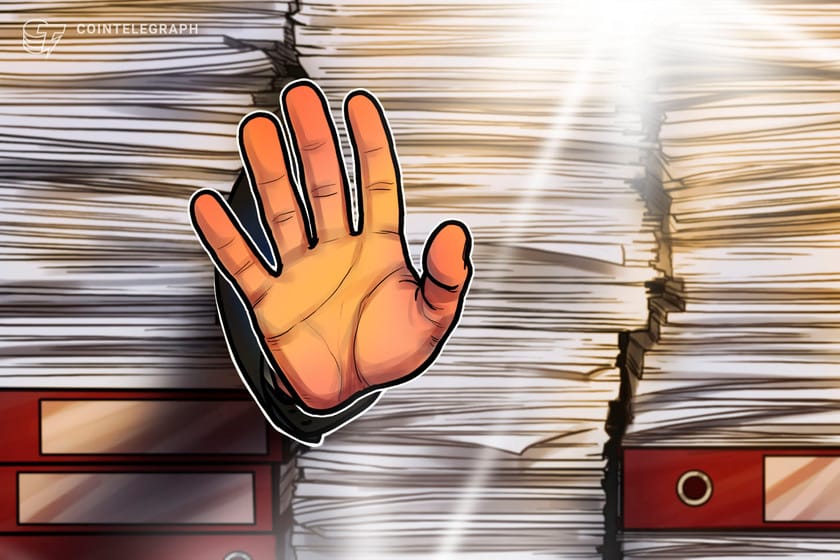 The former chief regulatory officer of FTX has supported a motion that would stop FTX from using Sullivan & Cromwell LLC as its lead bankruptcy counsel.

Daniel Friedberg, who was the chief regulatory officer of FTX until he resigned on Nov. 8, made the allegations as part of a Jan 19. court filing.

In the declaration, Friedberg alleges that FTX.US lead counsel Ryne Miller, who is a former partner at S&C, channeled business towards his former law firm across numerous cases, with Friedberg stating:

“Mr. Miller informed me that it was very important for him personally to channel a lot of business to S&C as he wanted to return there as a partner after his stint at the Debtors.”

Lawyer and former chief of the Securities and Exchange Commission Office of Internet Enforcement John Reed Stark highlighted the magnitude of the allegation in a Jan. 20 tweet.

Friedberg claims in the filing that he reminded Miller that his “allegiance” was to the debtor and not to S&C which he suggested “continued to be a problem throughout his work” at FTX.

Friedberg alleged after Miller’s hiring in early 2020, Miller asked whether he could hire his former law firm, to which Friedberg replied by saying it was Miller’s job “to only hire the best outside counsel for the job.”

Friedberg also accused Miller of having earmarked $200 million of LedgerX funds for S&C to pay its legal fees, saying: “there was over $200 million cash in LedgerX and that he was going to send these funds to S&C, and that bankruptcy legal costs were therefore not a problem.”

While the filing is simply a declaration in support of an FTX creditors objection to the retention of FTX lawyers Sullivan & Cromwell LLP, it makes a number of accusations that were previously undisclosed.

Well, I just finished reading the Declaration of Daniel Friedberg.

It is fair to say that this is one of the more shocking sworn statements I have read in a good long while.

If half of what Mr. Friedberg says is true, he has just blown the top off of this bankruptcy case.

Friedberg apologized for filing his declaration at the last moment, saying that he had no time due to the filing of the Dietderich Supplemental Declaration. Andrew Dietderich is a partner at S&C who filed the declaration in support of FTX’s motion to retain S&C as their lead counsel.

Friedberg finishes his declaration by affirming that he would “testify competently to the facts set out in this Declaration” if called upon to testify.

A hearing is scheduled to occur at the bankruptcy court on Jan. 20, where the judge will hear from various parties involved before deciding whether FTX will be able to retain S&C as its lead counsel.