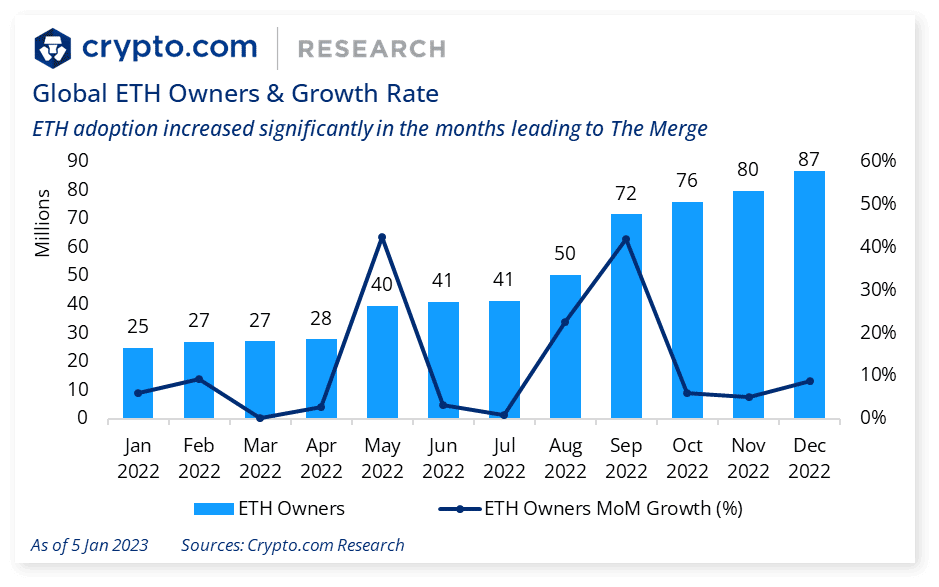 The number of Ethereum (ETH) holders grew 263% between January and December 2022, according to a research report by Crypto.com.

The number of ETH investors spiked to 87 million by the end of December from 27 million in January.

Comparatively, Bitcoin (BTC) owners grew by only 20%, from 183 million in January to 219 million in December, as per the report.

Despite the drastic fall in crypto prices through 2022, crypto adoption continued to increase. The total number of crypto investors jumped from 306 million in January to 425 million in December, marking a growth of 39%.

The immense growth in ETH holders was mainly driven by the Merge, which transitioned Ethereum into a proof-of-stake network, the researchers noted. It added that the increasing popularity of ETH liquid staking and growing interest from institutional players also played a role in driving the adoption of the second-largest cryptocurrency.

The post Number of ETH holders grew 3.6x to 87M in 2022 appeared first on CryptoSlate.