The first bitcoin ETF launched on October 19. It took bitcoin less than a year to reach $64,000 from $10,000, but it took eight years for a bitcoin ETF to win approval from the SEC. Let’s look back on 2013, when Tyler and Cameron Winklevoss, founders of crypto exchange Gemini, applied for the approval of […]

The first bitcoin ETF launched on October 19. It took bitcoin less than a year to reach $64,000 from $10,000, but it took eight years for a bitcoin ETF to win approval from the SEC.

Let’s look back on 2013, when Tyler and Cameron Winklevoss, founders of crypto exchange Gemini, applied for the approval of bitcoin ETF, the event was considered to be the 20 dumbest things of 2013 by Mad Magazine. During the past eight years, more than a dozen petitions were made but they had been held back by the SEC. With bitcoin gaining more and more influence, a bitcoin ETF became a problem of when, not a problem of yes or no.

Now the lucky one that gets the first approval is ProShares’ Bitcoin Strategy ETF, which will be traded under the ticker BITO on the New York stock exchange. The ETF is a milestone for bitcoin as it provides easier access to investors, especially those novice traders. investors don’t need to learn to set up their bitcoin wallet, register an account on crypto exchanges, or buy the cryptocurrency themselves. The whole process is easier and less risky compared to trading on actually owing the crypto.

In 2003, the world’s first gold ETF was listed in Sydney, and in the next year another three gold ETF were added to the list. The SPDR Gold Shares ETF (GLD) is one of the biggest ETF tracking the price of gold. Since its launch in November 2004, it has witnessed a bull run for 7 consecutive years.

Bitcoin has always been called the “digital gold”. But a survey by JP Morgan showed that more investors favor bitcoin as a hedge asset to gold. On monday, grayscale announced that it would be planning to convert its GBTC Trust into an exchange-traded fund (ETF). Many analysts believe that the wave of ETFs is just the beginning of the full embracement of bitcoin globally and will take bitcoin a step closer to regulation.

With the news of ETF, bitcoin surged to $62,900 and is now trading above $61,000. However, analysts place higher hope on bitcoin’s bull run. Studying Fibonacci levels, analyst TechDev said bitcoin “looks almost too programmed” for 200k-300k. 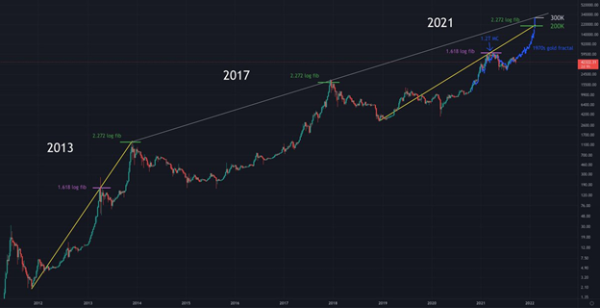 How To Invest In The Bull Run

With a bull run in sight, now is the time to invest in bitcoin. Futures trading is one of the most popular tools to grow your wealth. You can benefit from price swings to earn money by speculating the direction of crypto’s price. Bexplus offers 100x leverage in BTC, ETH, DOGE, ADA, and XRP futures contracts. Bexplus is trusted by over 800K traders around the world, including the USA, Japan, Korea, and Iran. No KYC, no deposit fee, traders can receive the most attentive services, including 24/7 customer support.

Bexplus users can get a demo account to simulate the real trading environment and strategy with 10 BTC. You can practice trading skills and learn about how to analyze the market trend with the trading simulator. Even if you make wrong predictions and analyses, you will not lose a penny.

Bexplus users can gain profits not only from trading. Join the Bexplus wallet, you can earn up to 21% annualized interest without taking risks. With up to 21% annualized interest, it is no doubt one of the most profitable rates in the industry. While most lending platforms require traders to deposit at least 1 BTC, traders can make a deposit starting from 0.05 BTC on Bexplus.

The top-ranking Bexplus app integrates all the necessary functions and tools (real-time charts, a variety of indicators, news alerts, etc.) while keeping a minimalist and intuitive interface. With the Bexplus app, you can manage your account anywhere and anytime you want. Furthermore, the 24/7 notification could keep you updated with big price movements, making it easier to secure your positions.

Download the Bexplus APP on the Apple Store and Google Play.

If you are bullish on bitcoin, don’t hesitate to join now and claim your 100% deposit bonus! 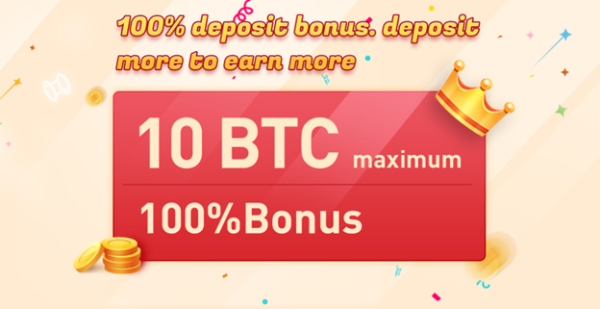 The post The US Fully Embraces Bitcoin, Is Bitcoin Ready for $200,000? appeared first on Live Bitcoin News.